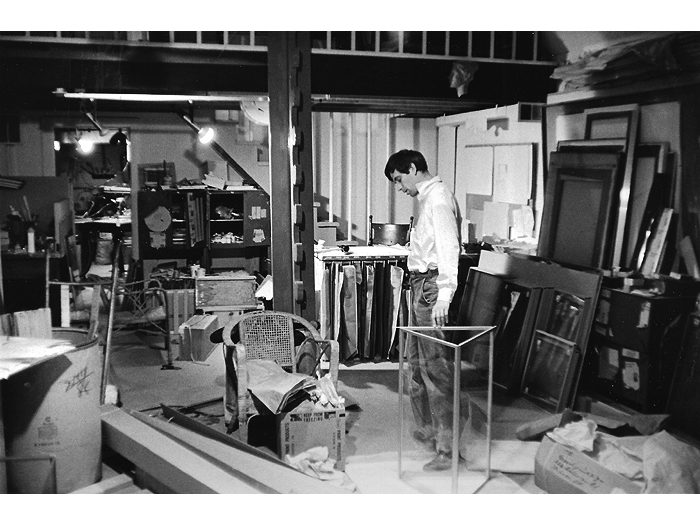 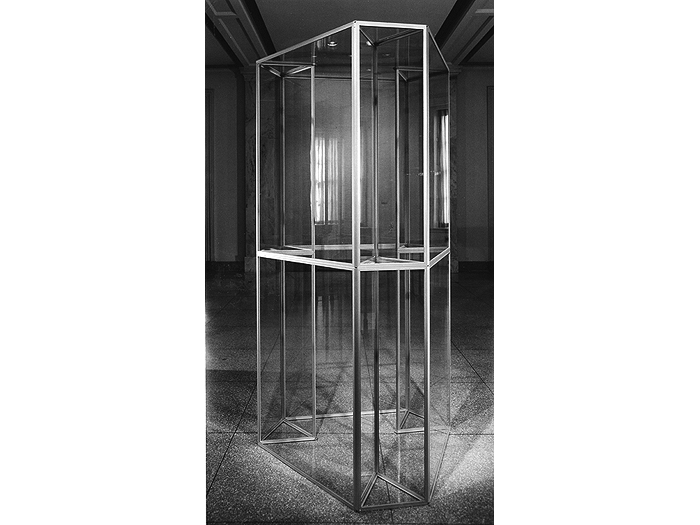 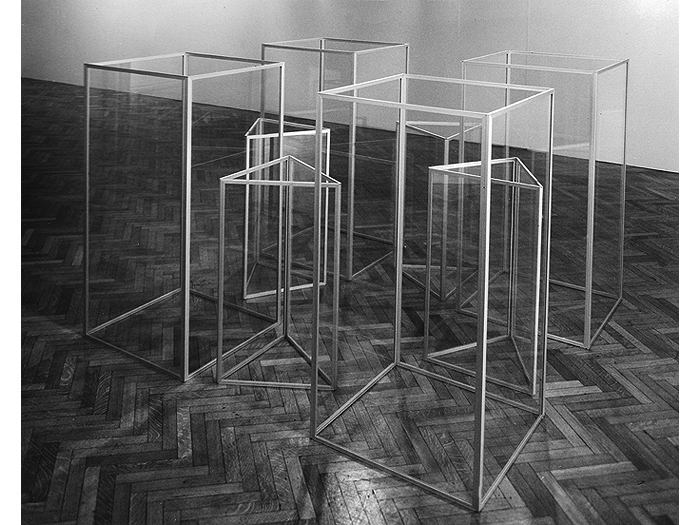 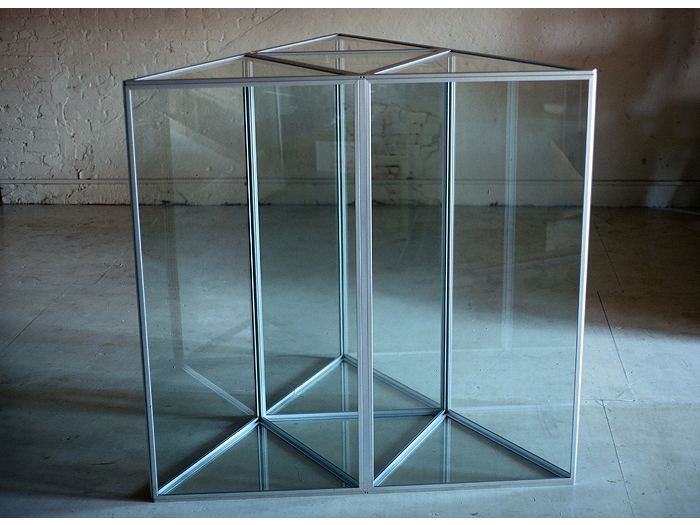 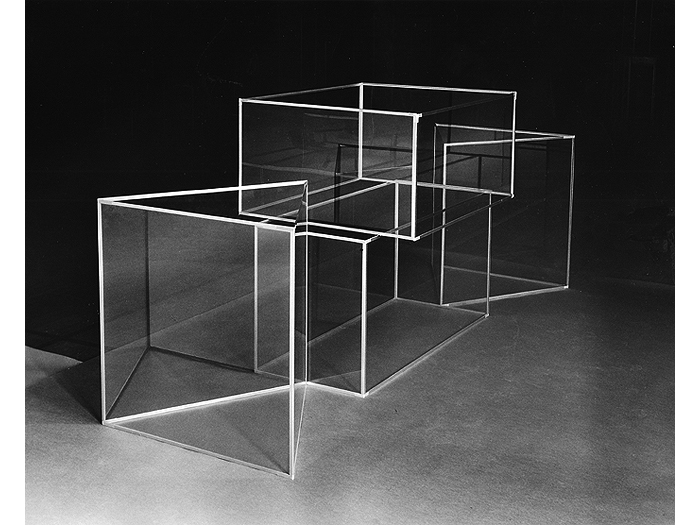 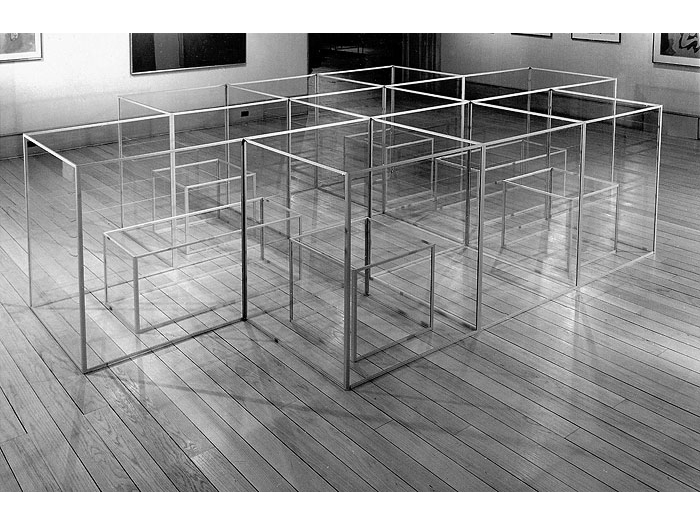 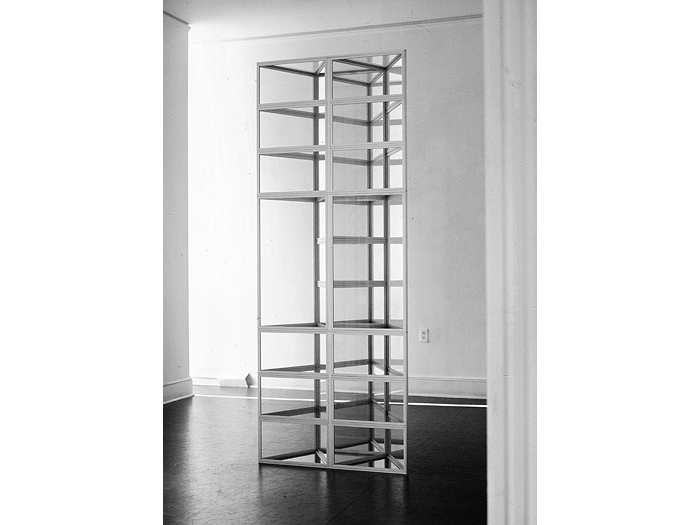 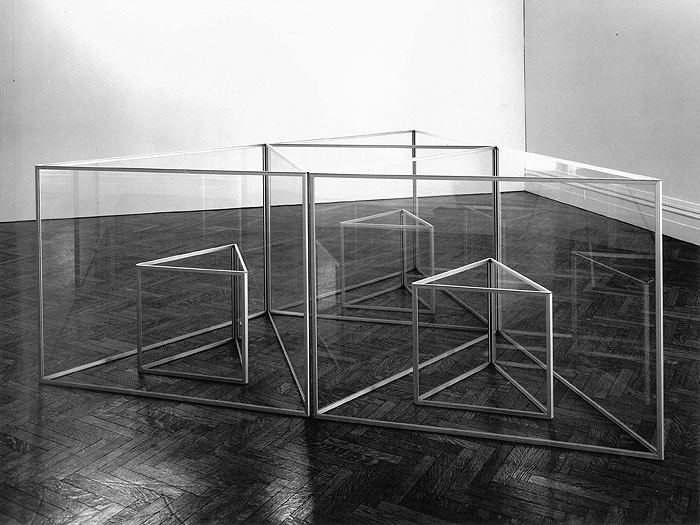 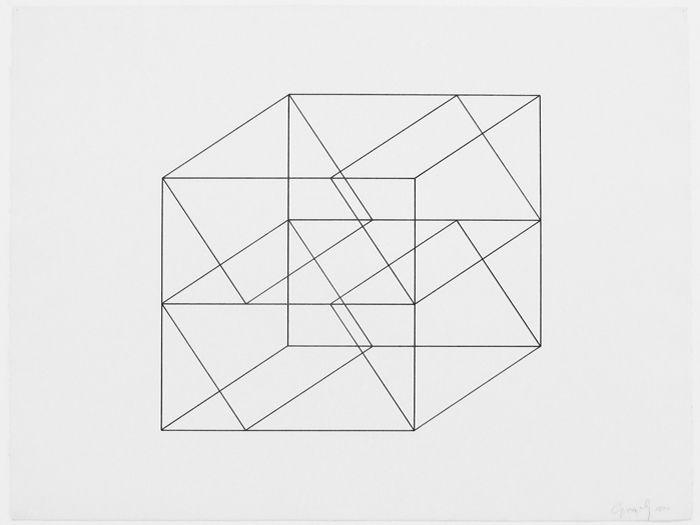 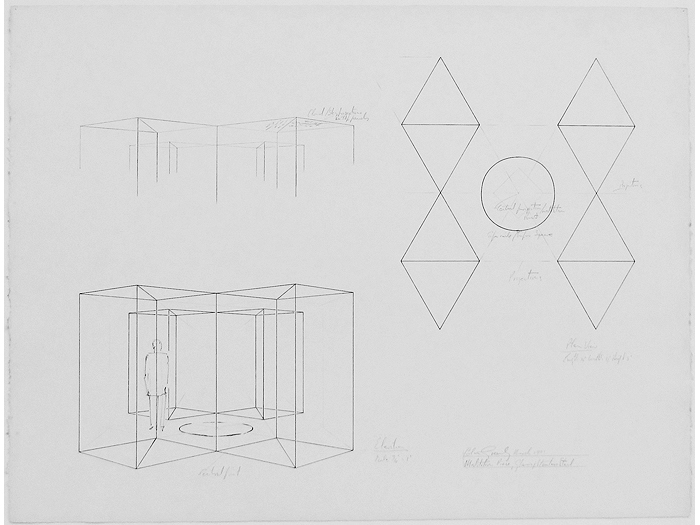 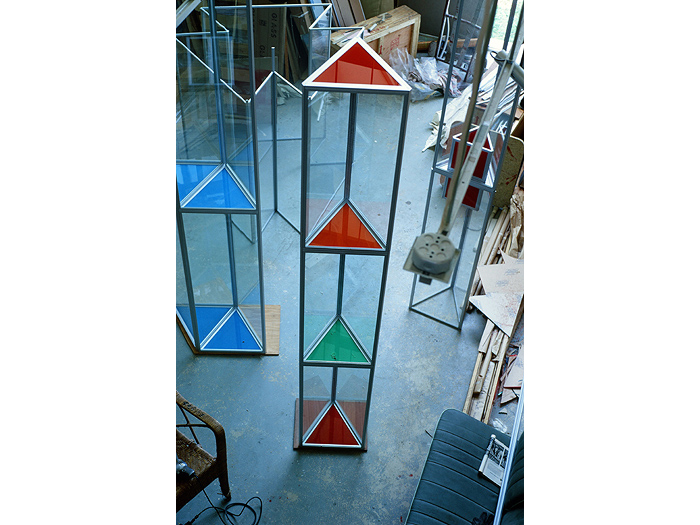 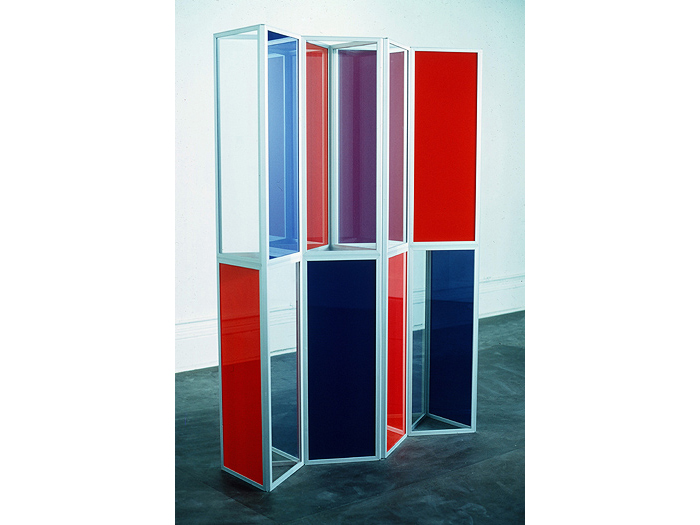 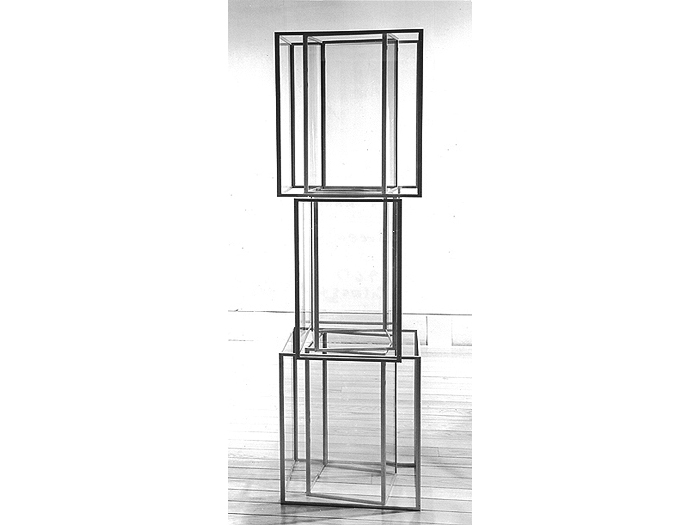 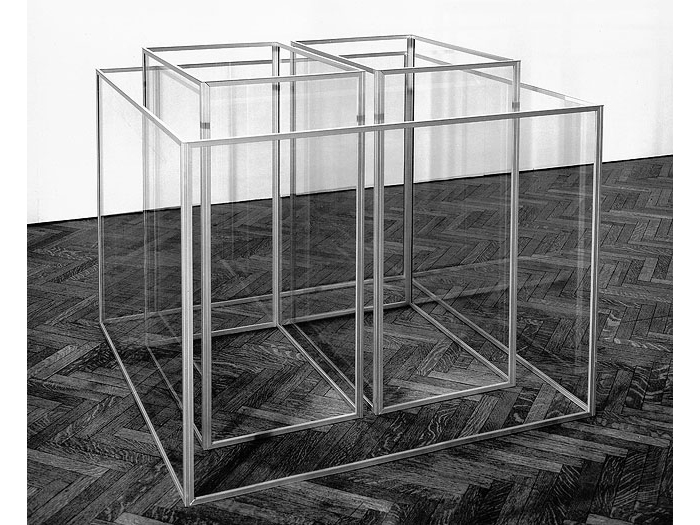 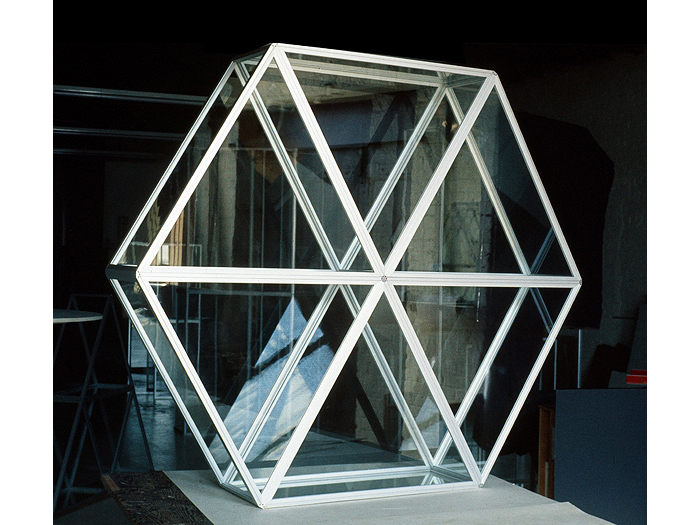 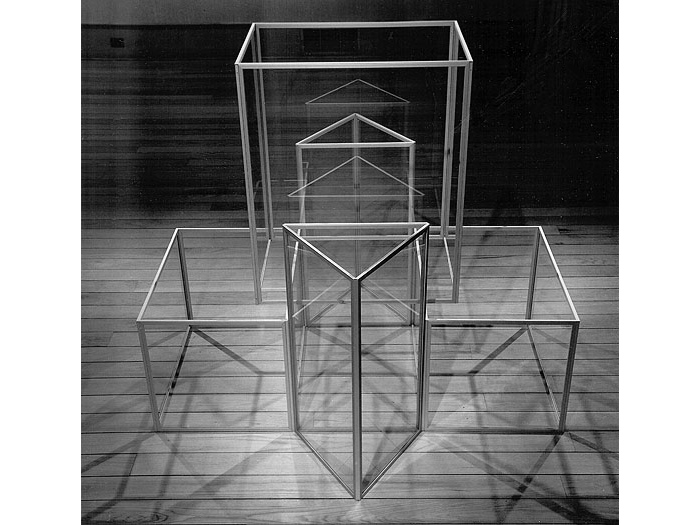 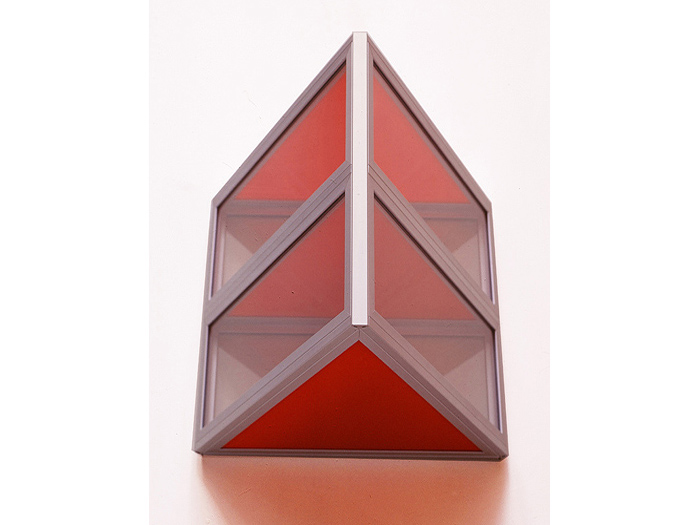 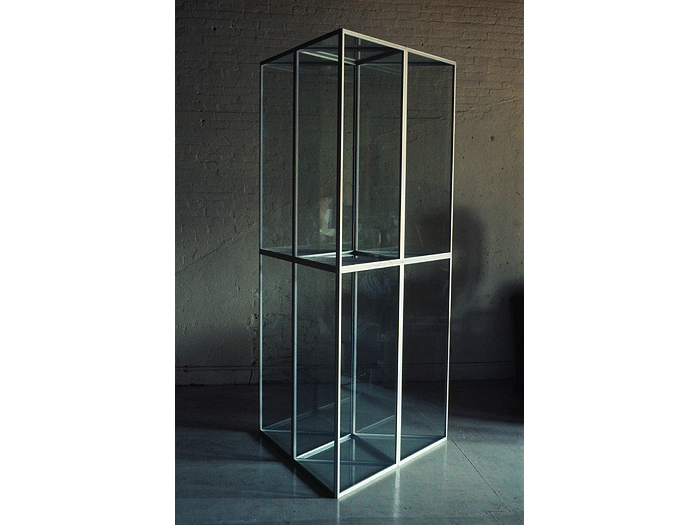 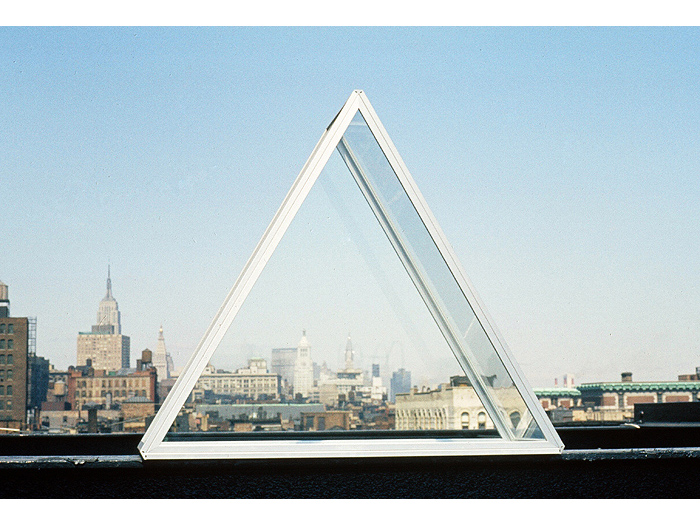 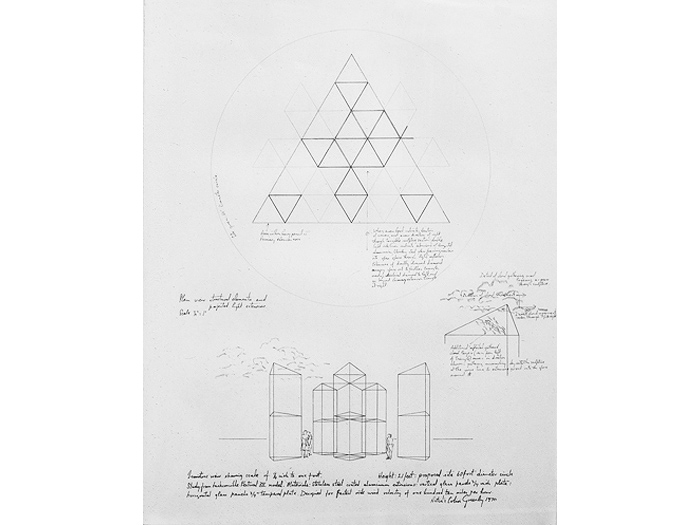 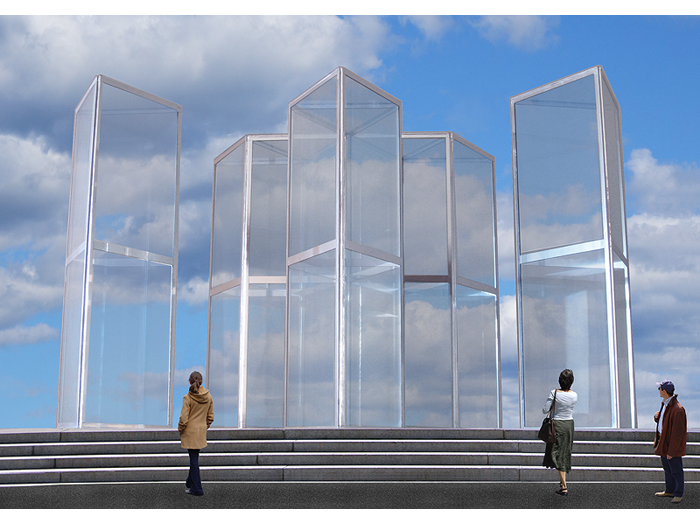 In 1967, Colin discovered the reflective quality of aluminum-edged clear glass. The combination of a subtle ambiquity of reflections (or extensions) of the aluminum edges into the surrounding space, formed both a real and illusionary experience. Colin wrote, "The glass became not only a volume-space study, but also a study of the question of observed reality versus known reality. The spatial extensions of the pieces are carried both into the piece and beyond the physical limits of the piece through echoes of the aluminum edges."

In 1967 Colin recieved a National Endowment grant and in 1968 had a one-man show at the Corcoran Gallery of Art including three 40' rooms containing the acrylic sculpture, polystyrene sculpture, and relief drawings. Two additonal 60' rooms were devoted to the glass sculpture. There was a concurrent show of the glass and drawings at the Bertha Schaefer Gallery. Colin moved to and exhibited at the Royal Marks Callery. Glass pieces were selected for museum exhibitions across the country. Soon after, Colin's first marriage disssolved after moving back to New York City.

"...The sculptures in this exhibition are more subtle and more complicated, composed of rectangular glass panes held in thin aluminin frames...this sounds minimal enough, but the enclosures are placed in exquisitely calculated relationships by which their aluminin outlines and the reflection of these outlines in neighoring panes form patterns divided between reality and illusion, as fragile as they are rigid...There are...examples of what Mr. Greenly calls his "drawings". No crayon or pen is involved...They are very fine."
The New York Times, 1968

"What Albers has done for the square, Greenly may yet do for the triangle. Two new glass and aluminum sculptures exploit it in multiple combinations. The most intriguing work is a scale model for a proposed monument, one of the most exciting yet designed by a contemporary sculptor. If built, it would consist of six triangular, 21-ft. high columns of sheer glass, arranged so that a spectator could walk among them and experience a shimmering infinity of reflections."
Time Magazine, "Art in New York", 1970