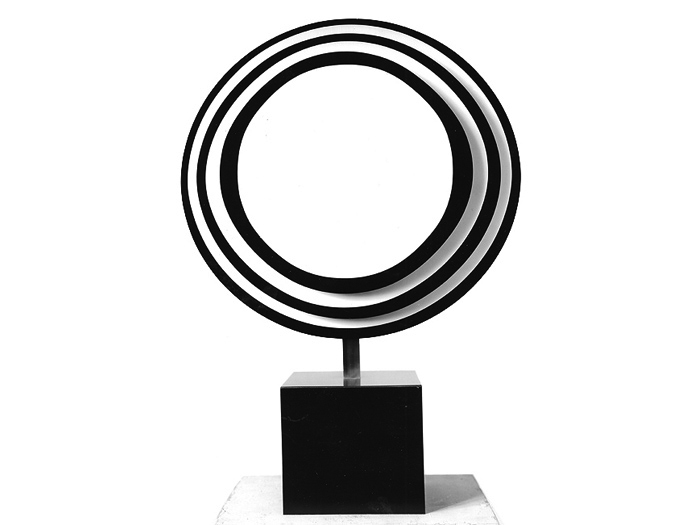 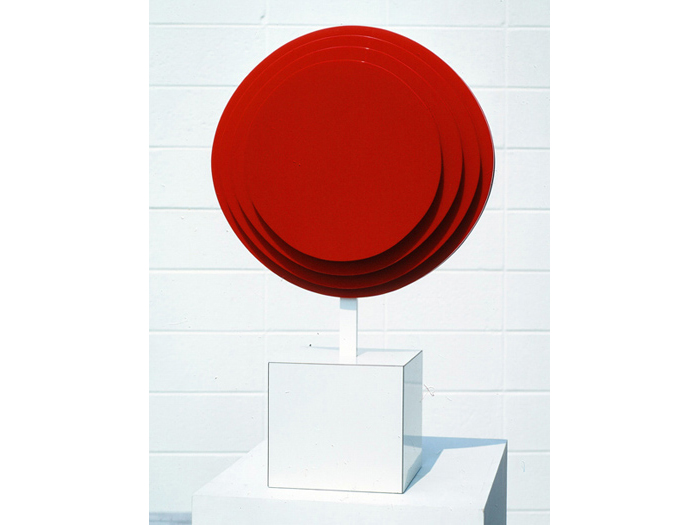 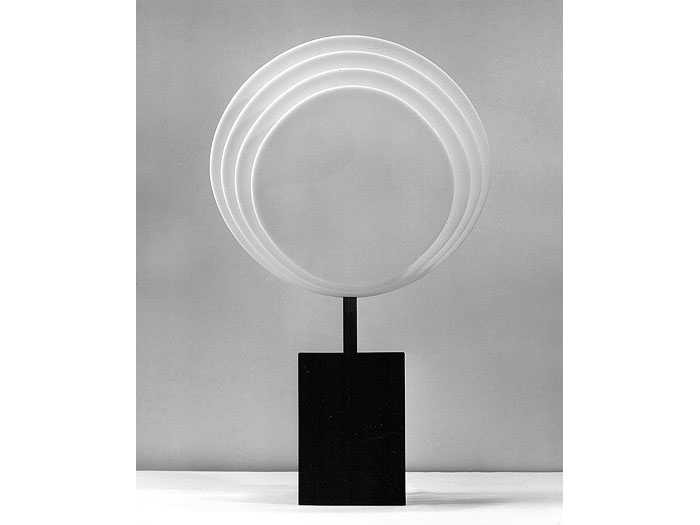 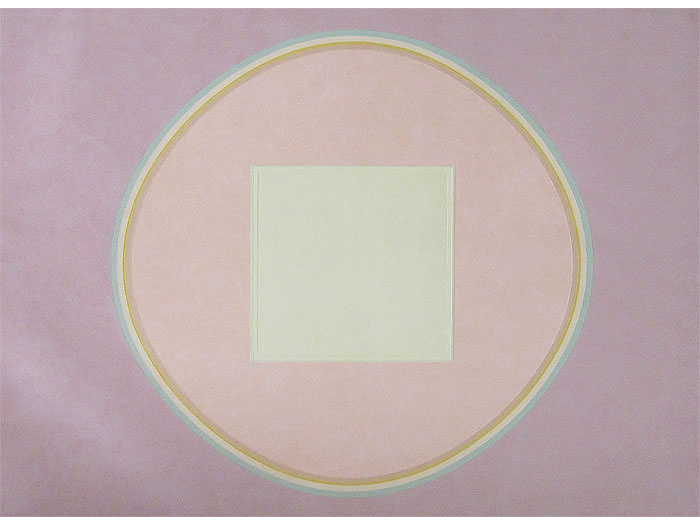 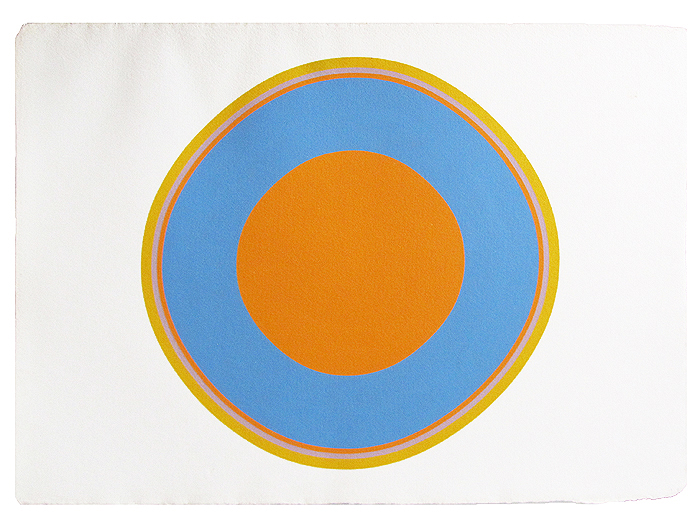 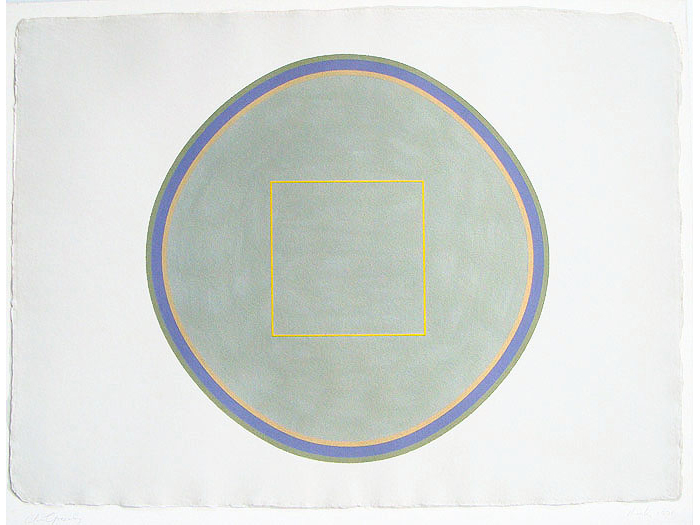 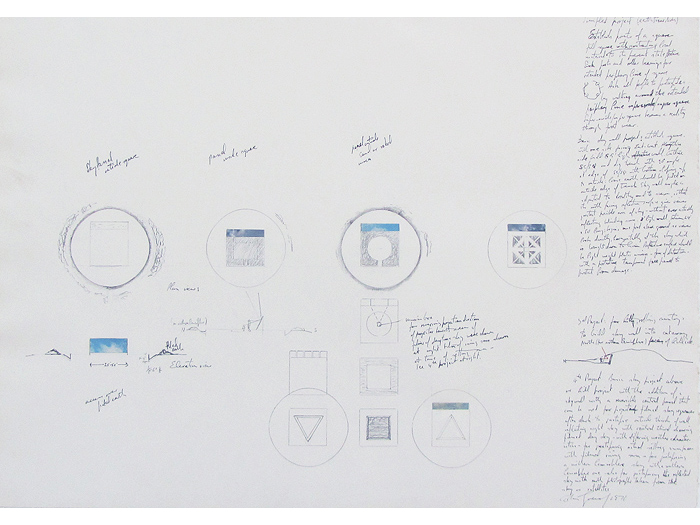 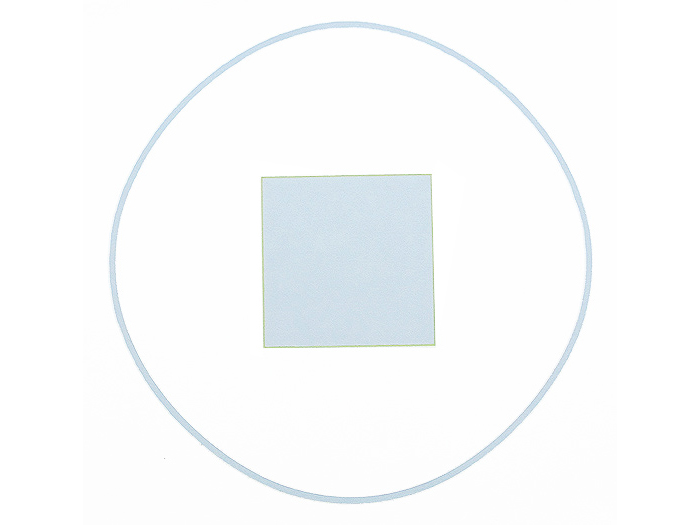 By 1963, Colin became increasingly disturbed by the multi-directional forces of the polygonal shapes in the relief sculptures. As he was refining the shapes he intuitively invented a transitional shape derived from expanding the periphery of a square towards - at infinity - to a circular form. This shape paralleled and reinforced the time/change aspect of light in the earlier constructions and was incorporated in a new sculpture series shown at the Bertha Schaefer Gallery in 1964. His 'Primary Transitional Symbol' proved to be an extremely rare visual and mathematical discovery. In the 1970's, Colin re-visited the shape and created a series of paintings. In 1971 he received a commission to paint a large-scale Transitional Symbol directly on the wall of the Everson Museum of Art.

It's interesting that a parallel development in science led to a similar discovery. In the September 1965, Scientific American magazine published previously unknown geometric configurations called the supercircle and superelipse which Piet Hein, a Danish mathematician, writer and inventor, arrived at through mathematical computation and computer research. More than a year earlier, unaware of Heins' calculations and working in almost complete obscurity in McLean, Virginia, Colin developed an almost identical configuration. Although Colin arrived at his supercircle through a visual and intuitive process, he did so with incredible mathematical precision. In spite of the fact that Colin's forms were hand-cut, there was no more variance than .004 of an inch of Hein's formulation.

"...It is just possible that Greenly in 1964 was the first person in the world to discover the supercircle's beauty and fascination... A year after Greenly made his drawing the Danish Mathematician Piet Hein published a supercircle configuration..."
The Washinton Daily News, 1968