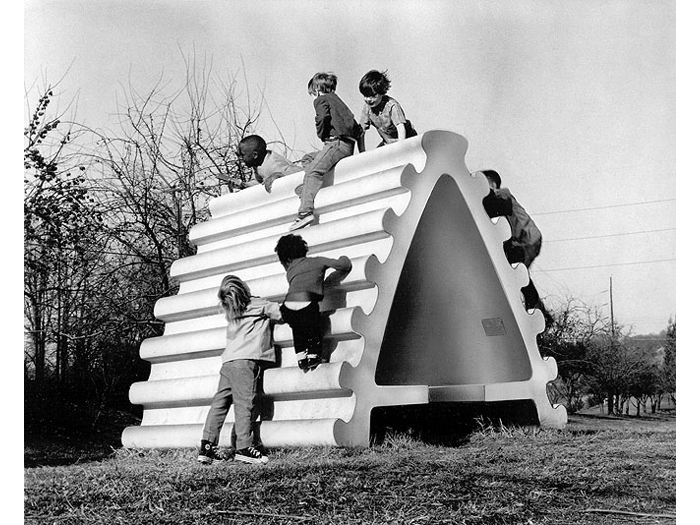 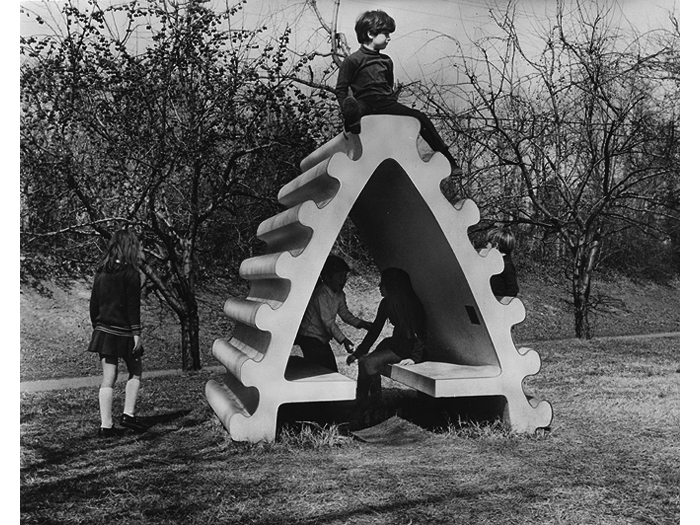 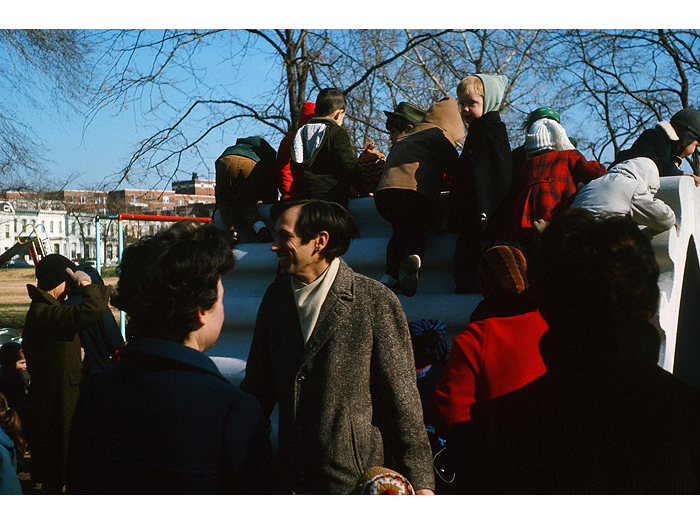 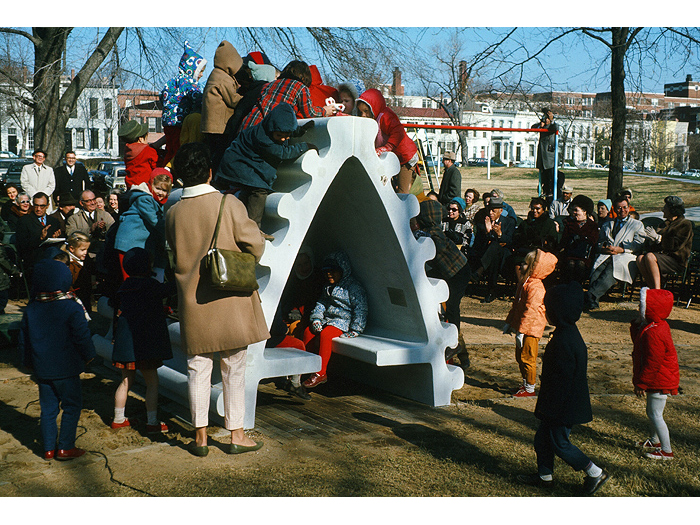 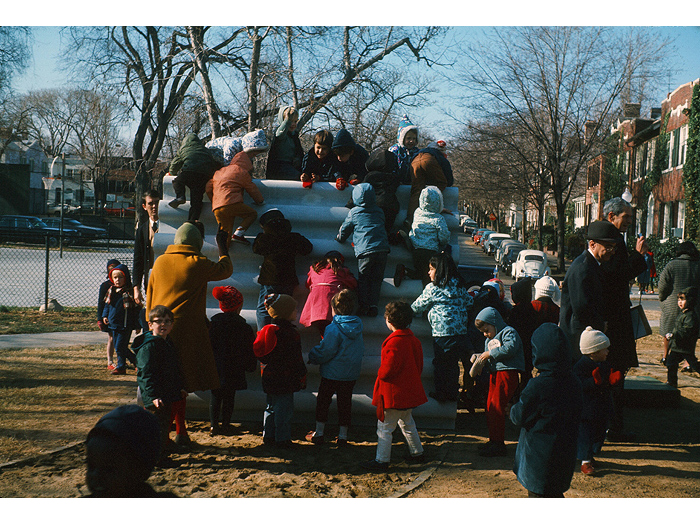 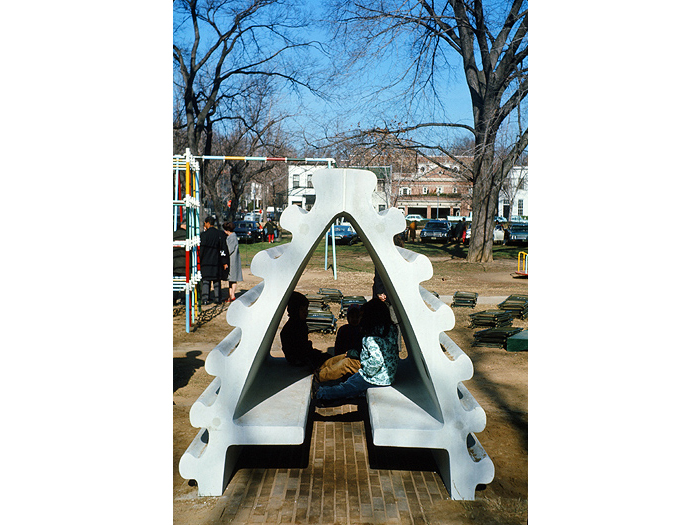 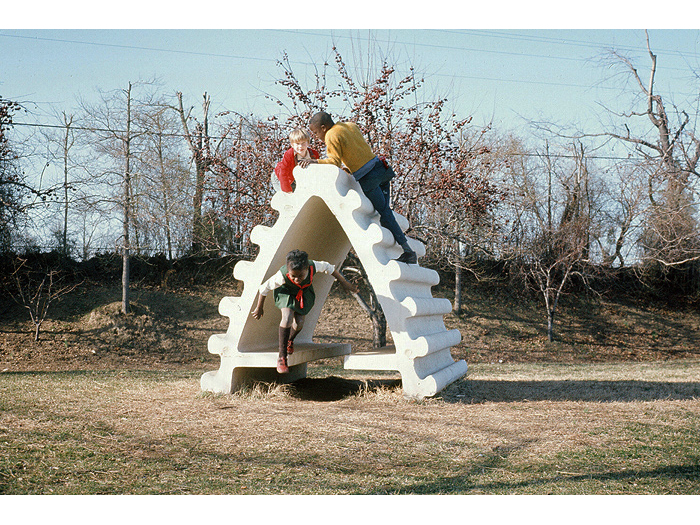 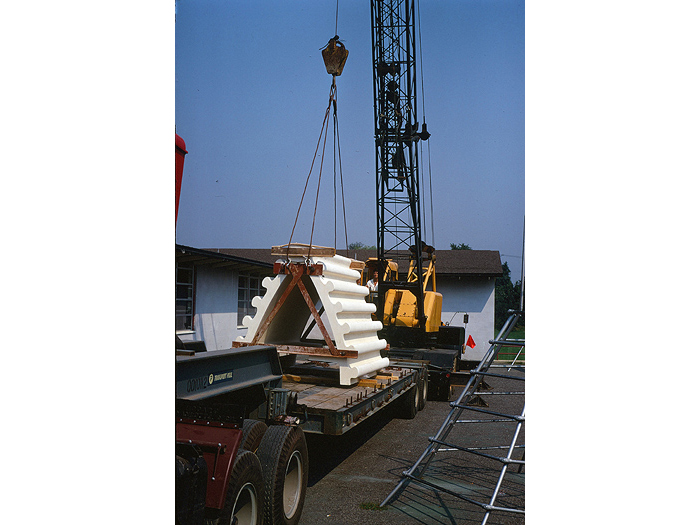 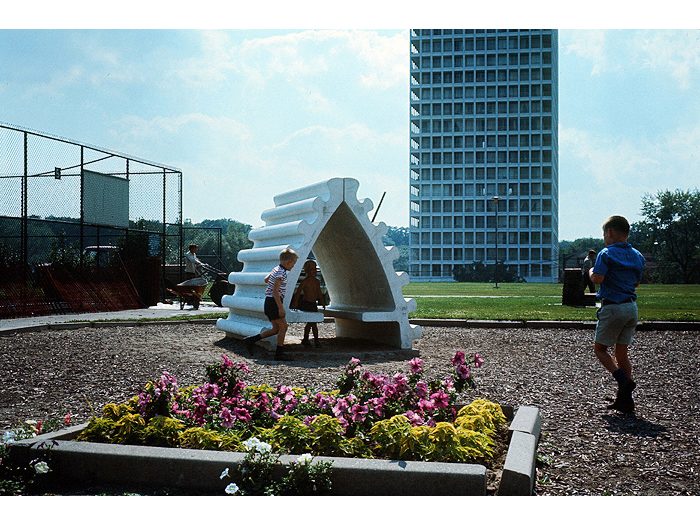 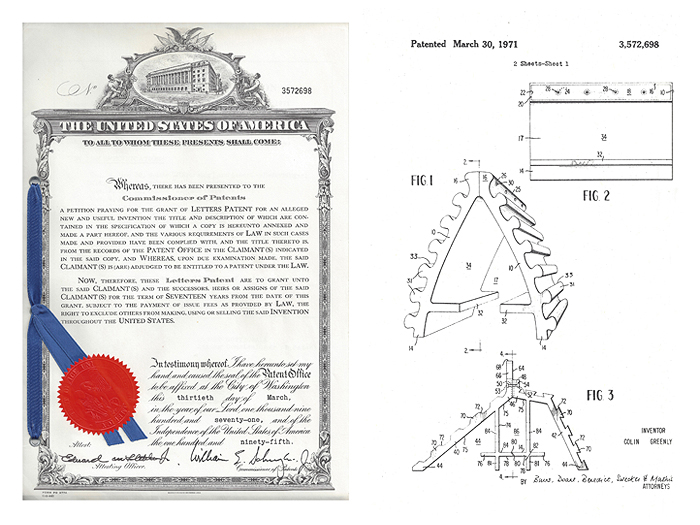 Wishbone House was chosen, by a joint 'Art in America' and Corcoran jury, as the winner in The Corcoran Gallery School of Art's National Playground Sculpture Competition which was partially funded by The National Endowment for the Arts. In 2012, Wishbone House was also represented in the Museum of Modern Art exhibition "Century of the Child, Growing by Design".

This inexpensive, reproducible, six foot high, eight foot long, six thousand pound concrete sculpture logically fell, or grew outside of the general tenor of Colin's sculpture since it was specifically designed for playground use by children and was made during the period when he was producing large glass constructions.

As noted in 'Art In America' magazine: "the visual and philosophic concerns of the glass sculpture were replaced with other considerations: site, playground, sculptural integrity, appropriate scale, tactile response, climb on, climb in, sit on, shade incorporation, and creating a non-limiting "platform" for children's imagination." The essential ingredient with which Colin started was an intuitive, varied, playful "S" curve which was repeated with spacing related to the likely movements of children.

The prize included installation of one cast in Washington, D.C. When Colin learned that the cast was to be installed in a wealthy section of Washington, he called the White House to note his degree of unhappiness with that choice. First lady, Mrs. Johnson, who did much to enliven the District's environment, kindly arranged for a second cast to be placed in a less fortunate part of the city. Colin was greatful for her sensitivity. Nine additional castings were placed in plublic sites in Washington, Baltimore, Syracuse, Toronto, and other private sites including the Potomac School in McLean, Virginia.